The Icelandic goat an Endangered species 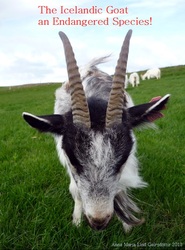 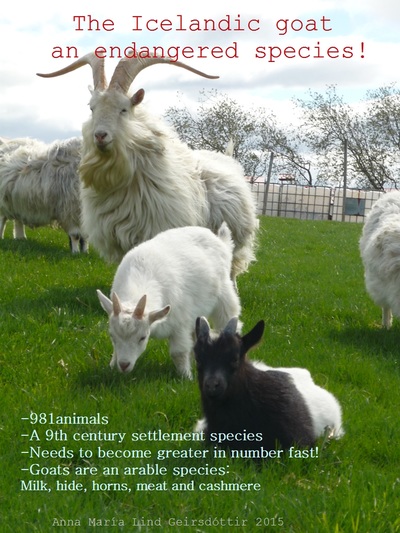 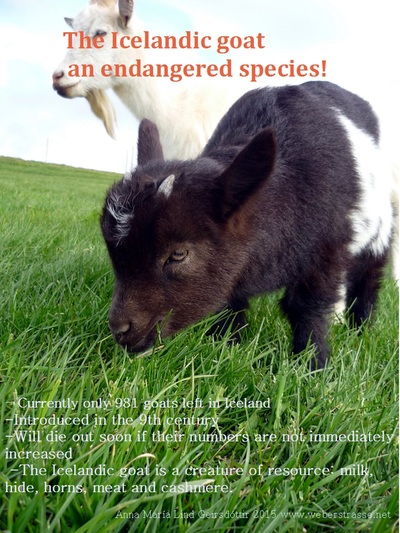 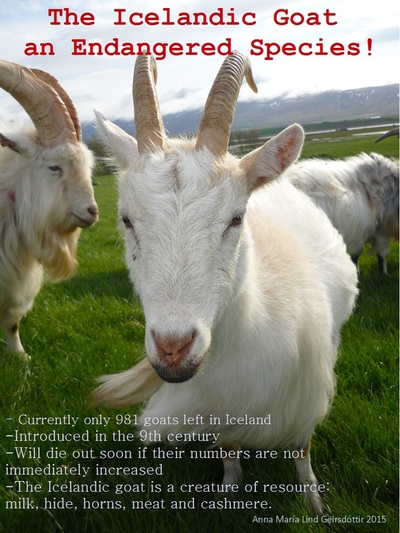 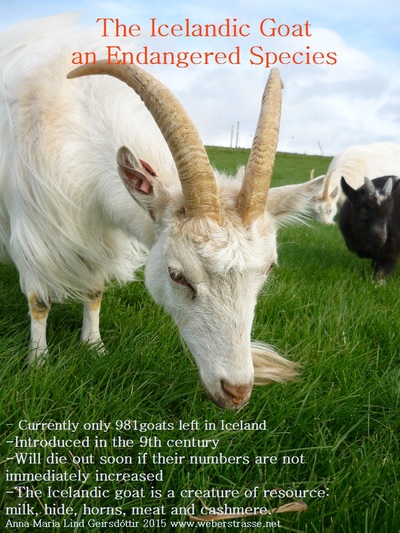 In this website I recount about my Icelandic cashmere project and tell bits an pieces about the Icelandic goats that are an endangered species.

Icelandic Cashmere is a project which aims at studying the potential of Icelandic cashmere. This is a natural source that has not been used through the ages and one of the reasons why the Icelandic goat race in an endangered species.

It is an old goat race that was brought to Iceland by its earliest settlers in the ninth century from Norway and perhaps Scotland.

In order to make Icelandic farmers interested in keeping goats they have to be an arable species.  In the past the goats in Iceland were only kept for their milk.  They were regarded as the poor man's cow and when Icelanders felt they weren't poor any more and could keep a cow they would feel ashamed in still keeping a goat.

Goats provide milk, meat, hide, horn and last but not least, cashmere which is my main interest.

Who am I?
I am Anna María Lind Geirsdóttir, artist working mostly in textiles and very interested in the Icelandic goat and its cashmere. You can see more about me on my blog